A Great Time to be a PHP Developer

It has been an exciting time to be a PHP Developer these past twelve months, PHP 5.3 is now rock solid and PHP 5.4 is getting there. Both releases significantly modernise elements of the language, closing the gap between PHP and the offerings of more 'in vogue' languages.

In technology we often see change happen in sudden, explosive steps. Often it seems to coincide with developments a technology's ecosystem or among its competitors. For PHP the first major kick was the rapid rise in popularity of Object Oriented Programming in the early 00s. This led to PHP 5's radically overhauled OO implementation in 2004. The next kick, I feel, came in 2005 when Ruby on Rails exploded into everyone's consciousness. RoR provided a full stack web development platform that drastically simplified creating complex web applications. The PHP community responded in kind with a number of 'fullfat' Model View Controller (MVC) Frameworks, the most successful being Zend's and Symfony.

The arrival of PHP 5.3 and features like Namespaces, PHAR, Closures and the ubiquity of Github is having the effect of giving PHP a new kick, and the results are starting to make themselves felt. We now have second generation frameworks from Zend and Symfony leveraging these technologies.

One problem remains though, and that is managing and distributing dependencies. Modern web development platforms all now have robust dependency management tools available and in the PHP camp, PEAR wasn't really cutting it.

The success of Symfony2 in particular, with its emphasis on high quality, modular components, forced PHP developers to address how they bundled and distributed library code.

Luckily for us, the guys behind Composer, (again, taking considerable cues from the Ruby community) have licked it. Composer, in tandem with Symfony2 components allow PHP Developers to confidently build on top of other developers' libraries.

Do we really need another packaging tool?

Why did we need another package and dependency management tool anyway? What really, is wrong with PEAR? Well, if we wind the clock way back to 1999 when Netscape Communicator was still the most popular web browser and Google had just moved out of Susan Wojcicki's garage, PEAR was conceived as PHP's answer to PERL's CPAN. Despite some strident efforts, it never really managed to become the most pleasant package manager to work with: rigid, elitist and worst of all, difficult for end-users. PEAR's age strictly speaking is not the problem, but its centralised nature is a bottleneck and there is no straightforward way to handle two packages with varying dependencies. For example: say package x, requires stable package y. Package z requires beta package y. You can't install both. Dependency and package management has moved on a long way since 1999. 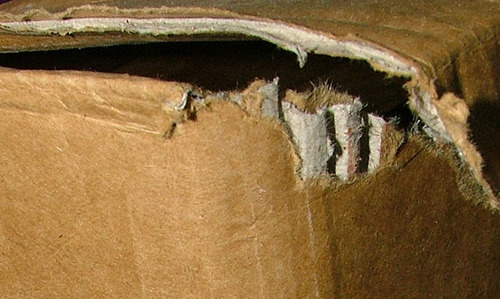 Over time PEAR's shortcomings have led to a graveyard of abandoned packages, code of at best variable and at worst, dubious, quality, and a community lacking in any sort of dynamism. If you make something easy, people will use it. PEAR is difficult to use for developers and users alike.

Composer democratises (in the best sense) things and puts full control of dependencies in the hands of library developers. Free to pick and chose code they want to use. Free from having to worry about navigating the PEAR jungle. Here the rise and rise of Github has been key. Composer can sit over the top of code distribution services provided by Github, or it can use its default Packagist repository. This removes the need for libraries to live in a blessed canonical repository or for developers to host it themselves.

There's no compelling need now to constantly rewrite basic library components (I think we've finally licked what ought to be the basic issue of class loading!), Free of the shackles of PEAR, we are witnessing an explosion of high quality PHP frameworks, libraries and utilities.

PHPSpec, Behat, Twig, Mockery, Doctrine, are just a few that immediately spring to mind. Some (such as Doctrine) have been around a while. However the advances PHP 5.3 brought to the table have significantly helped improve the utility of these projects.

Anyway, so (after a fashion) I come to the tool that motivated me to write this post, n98-magerun.

The name is horrible, but the tool itself is brilliant. In short, it's Drush for Magento and it's wonderful. It is one of those tools that makes you wonder what on earth you did before it.

I have a folder full of bash scripts, cobbled together to help automate the mind-numbing process of managing Magento installations. Over the course of a few months Christian Münch and friends have overseen a small tool quickly develop into the kind of utility we've all wanted but never had the time/patience to build ourselves.

Magerun is elegantly simple for the user, and cleanly extendable by developers. It is a perfect illustration of why it's such a great time to be a PHP developer. Better dependency management, easy distribution, modular libraries and powerful language syntax have all came together to let someone with an itch, scratch it quickly and effectively.

It has become several orders of magnitude easier to develop, package and distribute PHP libraries and utilities. The result of this leap forward is a brilliant tool that helps Magento developers dramatically increase their productivity.

Just a quick note, as you may notice from the comments, Magerun now pretty prints the xml output by default. It appears DomDocument requires preserveWhitespace = false in order to correctly reformat output. Thanks to Christian for sorting it all out!

I'll be writing about how awesome Magerun is shortly, but just one of its cool features is the ability to dump out a merged version of Magento's config.

This is extremely helpful when trying to resolve conflicts between modules, or figure out what bit of configuration is taking precedence.

The resulting xml though is pretty raw and unformatted, but xmllint can fix that.

Xmllint expects a file to work with and cannot use piped input. So we need to use bash's Process Substitution feature to avoid having to create temporary files.

So, magerun and xmllint, a simple way to get a formatted, easy to examine view of how Magento is putting your install's configuration together.